Alternatives to Vaccines Include Probiotics and Medicinal Mushrooms

“In an age of Universal deceit, telling the truth is a revolutionary act.” George Orwell first wrote those words back in the 1940s. And look where we are 70 years later: those who tell the truth about things are marginalized, attacked, and even suffer vicious discrediting campaigns. You’ve landed here because you understand that there are viable alternatives to vaccines, which  include probiotics and medicinal mushrooms, along with many other healthy alternatives provided by Mother Nature and refined and sold to you by people like us. 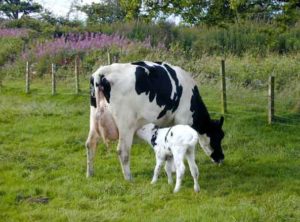 Those of you in the know and who are built on common sense know full well that for many thousands of years (even before Hippocrates noted the truth about this) humans took as their food and medicine things like raw milk and paleo-style foods like nuts, berries, fruits, roots, leaves, vegetables, etc. as their main food source. These were the people who lived longest, such as the people of the Caucasus Mountains in modern-day southwestern Russia, and who still live well past 100 years, many of them!

These people never needed — and would never seek out, even today — vaccinations, aka “booster shots” in order to keep themselves healthy and their immune systems strong. Mother Nature built the immune systems of humans, beginning with colostrum, or “first dose” of mother’s milk upon a baby or calf being born. The colostrum, plus years of eating “food as medicine” like the above-mentioned items (and even raw meat along with probiotics like raw milk kefir), was all one needed to keep disease at bay. The Chinese especially have known about the powerful health benefits of medicinal mushrooms for many millennia — and you will still see very few of them getting a flu shot or any vaccinations!

And now, we have a veritable health epidemic on our hands, with many thousands dead each year (in the millions globally) from, it can be argued, a flawed and incompetent (if not downright sinister and genocidal) program of “health care,” “medical treatment,” and “disease control,” that seems to have as its main driving impetus population reduction — or, at the very least, creating sick people who are dependent on the medical establishment for their ongoing “care”.

Well, fat lot these white-coat, Brave New World Order types “care” about human health! It has been officially touted that you are far better off getting the actual disease you are receiving a vaccination for than getting the dirty vaccines being peddled by for-profit corporations like Merck, Pfizer, and Johnson & Johnson. Hell, Jonas Salk said himself in 1977 that (paraphrasing) “the MMR vaccine can cause encephalitis (brain damage)”

Why does society pressure us to inject ourselves with disease and other poisonous materials in order to attain a stronger immune system? God only knows. But we can counteract the BS and strengthen our immune systems through a variety of different alternatives to vaccines, such as the following:

If you plan on having children, the best way to boost their immune system is to start their life off by breastfeeding them. When a mother breastfeeds her child, she’s
passing her immunity to her young one, thus protecting him or her from a number of diseases that formula fed babies are not protected from — the best alternative to vaccines in the world. A recent study from the British Medical Journal also showed that mothers who naturally built up an immunity against a pathogen had three times the antibodies in her body to protect both her and her baby against disease, and was protected four times longer than those moms that were vaccinated. Even more frightening was the fact that over one-fourth of all mothers in the study who had been vaccinated didn’t show any sign of antibodies to protect themselves at all.

If you want to stay healthy, then consuming probiotics will help keep a number of bacterial diseases at bay. Probiotics can naturally boost your immune function and beat out any nasty diseases that may otherwise attack your respiratory tract, your intestines, and your urinary tract. Stock up on foods like kimchi, yogurt, and sauerkraut, or choose a quality probiotic supplement that can be found in a number of natural health food stores.

A non-toxic option that anyone can start taking today is a red reishi or maitake medicinal mushroom supplement. Both mushrooms have the remarkable ability to help restore the body to its normal state, so not only are you restoring your immunity by taking these supplements, but you’re also restoring the functionality of all of the organs of your body.

Here’s a snippet from a 2011 article on the Dr. Mercola website that’s even more relevant for today’s seekers of safe alternatives to vaccines:

“Vaccines can contain live or killed lab altered microorganisms, and also carcinogens, heavy metals, and mutated proteins. Recent news can give you an indication of the unsuspected results that can occur when you inject such a cocktail into your body.

Results from a Swedish study found a roughly 400 percent increased risk of narcolepsy in children and adolescents vaccinated with Pandemrix. The results are similar to those found in a Finnish study.

As you know, health authorities around the globe fiercely maintain that vaccines are safe, regardless of what’s happening in the real world. Time and again, serious side effects from vaccines are overlooked and swept under the rug as being “coincidental.”

But just how many coincidences does it take before a pattern emerges, and how long do you stare at the pattern before you acknowledge that it’s there?

It’s all very convenient to ascribe all vaccine reactions to sheer chance; brushing them aside with comments like, “they would have gotten ill anyway due to predisposition.”

However, once you take the time to truly investigate the information we already have at our disposal, in the form of medical studies and disease statistics, it’s quite clear that a pattern is staring us right in the face. In a nutshell, this pattern could be summarized by saying that vaccines generally reduce health and worsen health outcomes.

There’s all sorts of research showing that vaccines cause or contribute to disease—either the disease the vaccine is supposed to protect against, or other diseases. Here’s are but a few examples that I’ve covered in previous articles:

Those searching for alternatives to vaccines can quickly point to the annual flu vaccines as evidence that vaccines don’t work. As a matter of fact, several studies have come out recently that prove that the flu vaccine can actually make an individual sicker than if they didn’t get the vaccine.  Why?  Because the particular viral strain that scientists use when creating the vaccine is almost always wrong.  If the viral strain that they “guess” will be going around this season is wrong, one is basically just willingly allowing themselves to be health-compromised.

Now here’s an argument that one will often hear: “But if it weren’t for vaccines, we’d still have polio!” or “We’d still have measles!” or any other number of diseases that, while once rampant, have now basically become extinct in first world countries. It’s important for people to consider the fact that these infectious diseases were on the decline before vaccines were introduced.  Arguably vaccines had little or nothing to do with the disappearance or reduction of the disease; the viral or bacterial infection had run its course and was on its way out the door before vaccines arrived.

Related Food and Medicine for Thought: CDC stands for “Center for Disease Control,” not Elimination! They in fact control the spread of disease, not fight and eradicate it.

Let’s consider what’s in vaccines.  For example, most vaccines contain thimerosal, a seemingly clever code name for the heavy metal “mercury.”  The purpose of thimerosal is to help preserve the vaccine so its shelf life is extended. But what’s the result on our health?  Many independent researchers and analysts contend that the mercury in vaccines causes autism.  Mercury isn’t the only material that one has to be concerned about, however. Other dangerous materials that are contained within vaccines include:

Most upsetting of all, perhaps, is the fact that the side effects and fatalities that are caused by vaccines are grossly under reported, so the public hasn’t been adequately informed about just how dangerous vaccinations are for themselves and their children in particular is. Those of you looking up “baby vaccinations schedule,” “immunization schedule” or like keyword need to come to grips with the reality that the for-profit medical system is NOT there to heal or cure you of disease. Rather, the opposite appears to be true, sadly and horrifyingly.

Disclaimer: These claims have not been evaluated by the FDA or other official government body. These claims are instead based on independent health research and thousands of years of trusting in Mother Nature! We do not claim to be able to cure or prevent ANY disease. We are merely stating a fact: probiotics and medicinal mushrooms are much better alternatives to vaccines for your overall health.

The simple fact is, you can return to health sanity and the natural way of things with healthy alternatives to vaccines like our probiotics and medicinal mushrooms that pack more proactive immune-boosting punch than any immunization schedule for a child could ever dream of achieving. 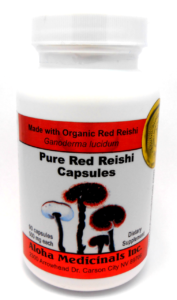 Fight Back with Probiotics, Medicinal Mushrooms, and a Healthier Diet

The truth is that verifiable scientific studies prove that vaccines, at best, compromise your health and immune system, and, at worst, will make you gravely ill or even kill you. We need alternatives to vaccines like raw milk kefir probiotics and medicinal mushrooms to stay alive in this onslaught against our health today. And, the truth is, alternatives to vaccines aren’t some hoodoo-voodoo witch doctor spell or disreputable pseudo-science: they are Mother Nature’s weapons against the viruses, bacterial infections, deadly vaccines, and the societal pressure to take “the jab”.

So, for those of you seeking natural vaccines for babies, children, and yourselves, it’s all about finding a truly safe alternative to vaccines, and how and where to get them. It’s also about who you can trust to deliver you safe, effective alternatives to vaccines that fully adhere to the Hippocratic Oath of “let food be thy medicine and medicine be thy food,” as well as “First, do no harm.” These are words that the medical establishment seems to have a great deal of amnesia or willful ignorance about. Especially, when you consider the verifiable and horrific evidence that vaccines and vaccinations appear to be some sort of New World Order program of genocide found on websites such as VaccineRiskAwareness.com. Read if you dare to break the chains of health tyranny and declare your Freedom Rights. 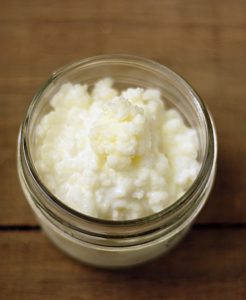 For, every one of us has the God-given and Self-chosen right to good health, by any means available in Mother Nature’s garden. The best course of action is to quit listening to the hyped-up propaganda and get back to what Mother Nature and Living Technologies can provide for you in the way of healthy, natural alternatives to vaccines, such as raw milk kefir probiotics (such as our Super Immune Activator), medicinal mushrooms such as Red Reishi, Pure Lion’s Mane, Turkey Tail, Chaga Gold, and our Immune Assist Critical Care mushroom supplement for beating superbugs and bacterial and viral infections!