Chemtrails Cause “Chemtrail Flu” and Much More Health Havoc

Much speculation, misinformation, and accurate information has come down the pike regarding chemtrail spraying — what it is, what it’s for, adverse effects, etc. Well, if you believe that chemtrails are a myth and that those fat, long, unnatural plumes coming out of airplanes are somehow “normal,” you’ve been had. Suckered into a convenient delusion. Chemtrails cause chemtrail flu, Morgellons Disease, lung diseases of all types (scientists are now talking about a global epidemic of “chem-lung disease“), compromised immune function, and much more in the way of health havoc. So, how can you remedy yourself of this ever-present scourge? There are ways to remedy chemtrail disease, though, as we will show in this blog post. 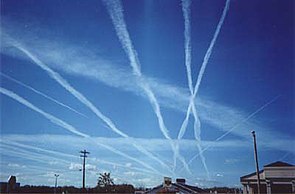 Are Chemtrails and Chemtrail Flu Fact or Fiction?

It’s not an actual flu, as we think of it, according to Dr. Len Horowitz. His opinion is not based on conspiracy theory but on conspiracy fact. Over the past 10 years, Horowitz has become America’s most controversial medical authority. A university-trained medical researcher, Horowitz, 48, charges that elements of the United States government are conspiring with major pharmaceutical companies to make large segments of the population sick.

Is the world so strange that you could ever believe this wasn’t true? Doesn’t it ring true, with what we know about the deep state corruption, and war-for-profit cabal running the planet into a doomsday scenario?

The mainstream media is reporting that hospital emergency rooms are jammed with patients suffering from a bizarre upper respiratory infection that  doesn’t quite seem like a virus. They are reporting that it’s a “mystery” flu and that the flu vaccines are ineffective against it.

“That’s all hogwash, bogus nonsense”, says Dr. Leonard Horowitz. “The fact of the matter is, we have seen this type of an epidemic since the end of 1998 and the beginning of 1999. People have been hacking and coughing with this bizarre illness that does not seem to follow any logical viral or bacterial onset and transition period.

If it was a really bacterial or a viral infection, it would have caused a fever but it didn’t.  It lasts for weeks, if not months. Sinus congestion, sinus drainage, cough, fatigue, general malaise. People have been feeling “off”.

The Armed Forces Research Institute of Pathology has registered a patent for the pathogenic mycoplasma that is causing the epidemic. You can see the patent report in the book, Healing Codes for the Biblical Apocalypse.

To quote from an article on Morgellons.org called “CHEMTRAILS AND MORGELLONS – IT’S WORSE THAN YOU THOUGHT!” By Citizen Researcher Blue:

“I’ve observed in recent years that co-workers, those I’ve attempted to train especially, all seem to be losing their short term memory. They’ll set a coffee cup down and forget its whereabouts 10 sec later, they’ll work on stuff for the field and leave the office without it. 10 years ago trainees could be given three or four tasks at one time and remember them all, now they can only handle one at a time at best, very spooky.  Children in particular, those who should have a strong memory, seem affected also. Store clerks and others seem to suffer from these same neurological symptoms as well.

I’ve always had to watch the weather to protect the crews and equipment and complete the task at hand. I’ve been actively photographing the aerosol spraying above the White mountains. (6500 ft elev.) of Ariz. since 2005 and created an entire photo blog of one year’s observations at least 50 hrs a week that commenced in Dec 2005. My conclusion was that the entire upper troposphere contains what can only be described as synthetic clouds that have been introduced by aircraft.  I’ve not just photographed the spraying but the morphing of this substance into clouds of a fibrous nature and other bizarre cloud formations not found in early/ANY cloud textbooks. See:  “Strange Days Strange Skies”

Further Down the Rabbit Hole

For those of you still reading, and not put off by the truth — as odious as these horrific facts may be — there’s more. Much more. Deborah Tavares is a leading activist in California on the chemtrails and smart meter agendas (actually, together part of a larger agenda, variously called Agenda 21 or Agenda 2030). She has some blood-chilling-but-true information on this insidious chemtrail spraying program in a video she recently did called Weather Warfare in Plain Sight.

There are ways to protect yourself from chemtrails and their pernicious effects, for those of you wondering, in a panic, well, “What can we do about chemtrails and chemtrail flu?”

According to Aajonus Vonderplanitz, Ph.D. www.mayanmajix.com/art2152.html:

“Laboratory examination of those chemicals found that they were manufacturing wastes from military industry and biowarfare substances. In several laboratory analyses, the composition of chemtrails was revealed:

After chemtrails lingered, spread, covered entire skies and fell, reports of illnesses increased substantially, such as persistent hacking coughs, upper respiratory distress and intestinal disorders, pneumonia, fatigue, lethargy, dizziness, disorientation, headaches, aching joints and muscles, nosebleeds, diarrhea, bloody stools, depression, anxiety, loss of bladder control, and nervous tics. Much of it is reported as flu and everyone but a few know that much of it is poisons dropped over our heads, inhaled, absorbed through our skins, and consumed in our food.”

For those of you unafraid to go even deeper down the chemtrail rabbit hole, here’s some info on nanobots in chemtrails. 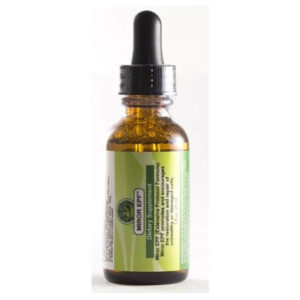 Our MirorCore EPF is a powerful detox agent that can clear the effects of chemtrail spraying.

Healing From the Effects of Chemtrail Spraying

There may not be a way to 100% heal from the effects of chemtrails and return to a pristine healthful state, but you can certainly do a lot that will go a long way to remedy the deleterious effects of chemtrail spraying. We have several excellent detoxification formulas for sale, such as our MirorCore EPF tincture made of a combo of powerful essential oils, and which can eliminate pathogens like those dropped in the chemtrail, or aerosol spraying clouds.

Probiotics can also help eliminate chemtrail pathogens and residue, as the colony forming units of probiotic strains will literally eat up anything that’s not supposed to be in your body. We have an incredibly powerful probiotics product in the form of our Super Immune Activator made with raw milk kefir.

Our magnetic clay (bentonite clay) is perfect for an environmental detox effect, in the form of a magnetic clay bath, which soothes as it clears out invasive pathogens and likely, even some of the nanobot technology.

We have lots more great optimum health products on our detoxification page, but you should check out other areas of our site as well. Chemtrails and chemtrail flu don’t have to harm your health to the extent they are. You can remedy the effects of chemtrail spraying with many of our products, and at a price that’s designed to be utterly affordable!