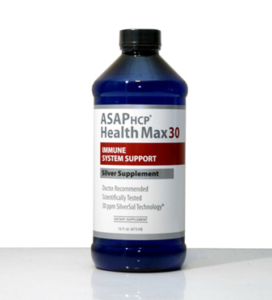 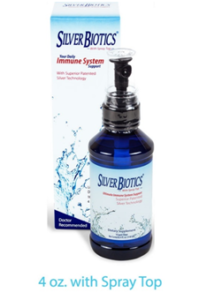 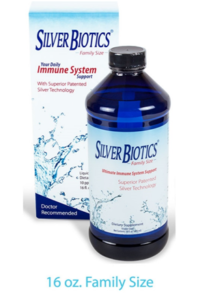 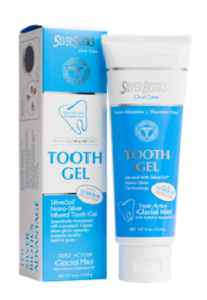 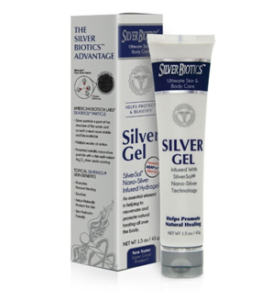 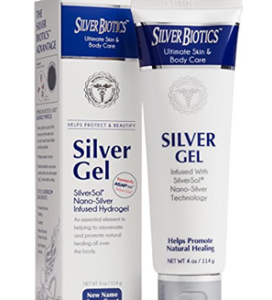 ALL THE COLLOIDAL SILVER BENEFITS WITHOUT THE BLUE

We understand that some people have concerns with using a silver supplement product. What has never really been addressed is the fact that not every colloidal silver or liquid silver product is the same, or delivers the same results when seeking to maintain optimum health.

With things like vacation days and promotions, the common saying, ‘more is better’ is something we all love to hear! When referring to silver products, this is actually something to be avoided.

Colloidal silver is a broad term for a solution that can contain various concentrations of ionic silver compounds, silver colloids, or silver compounds bound to proteins in water. Colloidal silvers have been around for hundreds if not thousands of years and have been used by many ancient civilizations as a means to maintain optimum health. Before the mainstream discovery and acceptance of antibiotics in the early 1900’s, silver products were used by doctors. These earlier versions of silver products are not to be discounted because they indeed provided countless favorable benefits to those who used them to improve their health. But just like any new discovery, as technology and science advances, we find more efficient and effective ways to design and engineer products.

OUT WITH THE OLD

Take for instance the Wright Flyer 1, the first powered aircraft designed by the Wright Brothers. At the time of its first flight, nothing like it existed in the world. It was a remarkable advancement in the technology and physics of transportation. Now imagine for a second, if the people had stopped innovating after the Wright Flyer 1. They had accomplished the goal of flying. If the world would have settled for that who knows where we would be today.

IN WITH THE NEW

Like the innovators who moved past the Wright Flyer 1, we have taken the old technology of colloidal silver and improved it to create the next generation of silver products. Through a new manufacturing technology, patented under multiple patents, our advanced nano-silver solution has become the new standard by which all other silver products are measured. We call this new generation of colloidal silver, SilverSol®, SilverSol® Technology, or SilverSol® 101. Not only is our SilverSol® Technology more advanced than the original colloidal silvers, but through years of research at leading universities, we’ve compiled thousands of pages of test work documenting many key advances. 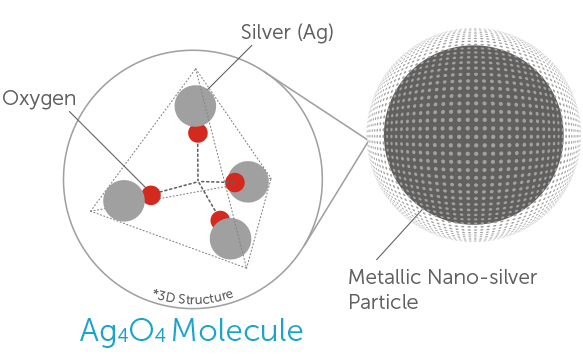 With the Ag404 coating, the nano silver particle is attracted to the surrounding water molecules, and as such, becomes part of the structure of the water. This makes the liquid silver much more stable and bioavailable than other forms of silver solution.

Testing has uncovered multiple modes of action by which the ABL Metallic Nano-silver Particle functions. First, it has an ability to steal multiple electrons (compared to ionic silvers which can only steal one). Second, each particle is permanently embedded with a resonant frequency, which allows the particles to have a positive effect on things, without needing direct contact with them. Lastly, the particles also utilize a very useful electrostatic charge.

Ionic Silver is one of the most common forms of silver liquid found in the supplement industry today. Many are made by diluting chemical forms of silver, like silver nitrate, to a desired parts per million (ppm), which is then bottled and sold to the public.

Although ionic silver products have the smallest particle size (which they usually tout), they are often the least stable and can easily fall out of solution.

Additionally, ionic forms of silver only have one mode of action. Once each silver ion steals its missing electron, it becomes neutral and is no longer useful in the body.

Lastly, ionic forms of silver are metabolized, and as a result, can bind up in the body. Over extended periods of time this build up could cause a skin condition known as Argyria, otherwise known as the blue man’s syndrome.

Mild silver proteins are simply another form of ionic silver. The only difference being that because ionic forms of silver are not generally stable and because they contain unusually large amounts of silver, they are sometimes bound to a protein.

However, as a result of this binding with protein, the silver ion is less functional and useful than traditional ionic silver ions. Consequently, higher levels of silver (ppm) are needed to obtain the desired effect.

All the Benefits Without the Blue

Colloidal silver is a broad term for a solution that can contain various concentrations of ionic silver compounds, silver colloids, or silver compounds bound to proteins in water.

With things like vacation days and promotions, the common saying, ‘more is better’ is something we all love to hear! When referring to silver supplement products, this is actually something to be avoided.

ALL THE BENEFITS WITHOUT THE BLUE

Not every silver product is the same. With our new, advanced, and patented SilverSol® Technology we stand above the rest. To prove it, we took it upon ourselves to do extensive research on our SilverSol® Technology. This research includes twenty plus safety reports and test series as well as the first ever double blind, FDA cleared, human ingestion toxicity study done on any silver product. As a result of this extensive research, we have learned a lot about our silver and how it functions. And we’d like to share that knowledge with you.

Unlike other silver companies that rely on century old technology, when we decided to differentiate ourselves, we actually ended up creating a new molecular structure previously unseen in the world of silver products. Because of this difference, our silver particles have many qualities, qualities that each add up to create a unique silver technology.

One of the other main concerns individuals have had with silver supplement products is a rare skin condition known as argyria, otherwise known as the blue man syndrome. Put simply, argyria is a result of there being so much chemical or ionic silver in the body at one time that the body cannot dispose of it fast enough through its normal excretion systems. In order to get rid of this excess silver, the body walls it off in the cells. This causes a grayish blue discoloration. Although this condition is medically benign and cosmetic only, in most cases the discoloration is permanent.

Understanding the obvious fears individuals may have with acquiring argyria, we hope to settle your concerns with simple, clear and proven facts.

To start, we’ll begin with research gathered from the Environmental Protection Agency (EPA). According to the EPA (who is in charge of defining safe levels of any mineral in water which is used for ingestion, drinking, or disinfecting), the oral consumption of small amounts of silver in water on a daily basis poses no significant degree of risk. According to historical information published on silver, unless an individual were consistently consuming (every day for over a year) over 50 times the recommended daily dosage of a 10-30 ppm product, there would be no possibility of that individual contracting argyria. On the contrary, those people who consume hundreds or even thousands of times the recommended daily dosages do run a risk of developing this condition overtime.

A peer-reviewed report from Pennsylvania State University was released after years of studying a number of colloidal silver and silver aquasol or nano products purchased from the U.S. market. The paper was authored by Professor Rustum Roy, along with seven other professors and scientists from leading universities. In the report cited below, on the subject of ionic vs. metallic silver for human use, Dr. Roy states (page 2, fourth paragraph): “In spite of this enormous range of data, it is extraordinary that no major effort has been made to confirm and expand on the role of metallic silver in human health—especially in light of its huge advantage in lack of side effects”. (Ingestion of excessive amounts of ionic (soluble) silver, not metallic solid particles is reported to have resulted in a very rare condition labeled argyria, an (irreversible?) darkening of the skin. No one has died of this condition. The safety of metallic SilverSols® is firmly established by the data cited above).

Colloidal silver is a broad term for a solution that can contain various concentrations of ionic silver compounds, silver colloids, or silver compounds bound to proteins in water.

With things like vacation days and promotions, the common saying, ‘more is better’ is something we all love to hear! When referring to silver products, this is actually something to be avoided.

With things like vacation days and promotions, the common saying, ‘more is better’ is something we all love to hear! When referring to silver products, this is actually something to be avoided. You see, there are numerous colloidal silver products available on the market today and almost all of them very drastically in the amount of silver per serving.

HOW IS SILVER MEASURED

WHAT DOES THIS MEAN FOR YOU?

We wanted to bring this to your attention because of the fact that consumers typically like to see that they are getting the best bang for their buck! It is easy to think that a higher concentrated product (100 ppm vs 10 ppm) is better because you’re getting 10 times the amount of silver than you would with the lower concentrated product. Although the mathematical side of the equation holds true, the difference lies in the structure of the silver particle and its mode or modes of action.

Take for instance the difference between consumer electronics like cell phones and computers today and these same products ten years ago. Not only are they more technologically advanced but they are sizably smaller than their older counterparts: vintage “brick” phone, need I say more. More importantly, however, consumer electronics today have significantly more processing power than they did over a decade ago. With this in mind, lets go back to our silver products discussion. Would you rather purchase a package that contains ten old computers verses a package with a brand new computer to get the same amount of processing power? Likewise, would you rather purchase a 100 ppm silver product (with old colloidal silver technology) or a 10 ppm silver product (with new SilverSol® Technology – The next generation of silver products)? Suddenly it’s easier to see why our products are in fact the best answer for immune support.

This is the perfect product line for those with concerns about using a silver product. Our SilverBiotic colloidal silver supplement line is the most versatile, covering sprays, gels, and even toothpastes. No liquid silver product is the same, or delivers the same results, and SIlverBiotic has answered the call of those seeking to maintain optimum health, and Living Technologies is where to buy colloidal silver supplements in the widest array of offerings.

Learn more about why SilverSol® Technology is the next generation of colloidal silver.