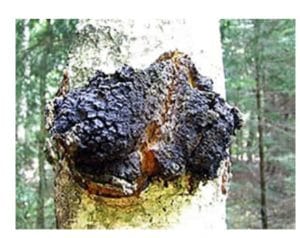 Chaga Gold Mushroom™– Mfg. by Aloha Medicinals.
Chaga Gold Mushroom is known to support the immune system, Traditionally only the I. obliquus growing on birch trees was used, as a tea in the treatment of cancers including inoperable breast cancer, hip, gastric, parotid, pulmonary, stomach, skin, rectal and Hodgkins disease1 and I. obliquus is recorded as a miraculous cure for cancer in Solzhenitsyn’s semi-autobiographical 1967 novel, the “Cancer Ward”.
• One bag of Chaga Gold™ contains 16.0 oz/ 1 lbs. of pure Chaga Gold powder.
• 453 servings per bag.
• Dosage – 1 – one-gram servings three times per day or 1 heaping tsp per day.
Pure Chaga from Aloha Medicinals is the absolute best Chaga product available anywhere in the world today – Guaranteed! Chaga Pure is a combination of 50% Sustainably Harvested Wild Chaga from White Birch growing in the pristine Upper Peninsula of Michigan and 50% of the top quality, Certified Organic all-naturalcultivated Chaga grown in America by Aloha Medicinals, the World’s largest grower of cultivated Chaga.
Chaga Pure is tested and Certified by Independent Third Party FDA Certified Labs to contain the HIGHEST levels of Betulinic Acid of ANY Chaga product on the market today! Why buy imported chaga when Chaga Pure is all American – and the Most Potent chaga available today!
Chaga (Inonotus obliquus mushroom) Information
Information reprinted with permission from the excellent new book by Martin Powell titled “Medicinal Mushrooms, a Clinical Guide” page 62-64. This reprinted section is intended for informational value only and is not intended to represent any claims for medical usage. If you have any medical condition – please discuss with your doctor before using any supplements.
Betulinic acid has been shown to induce mitochondrial apoptosis in different cancer cell lines and inhibit the enzyme topoisomerase2, which is essential for the unwinding and winding of the DNA strands in cell replication. In addition it possesses anti-retroviral, anti-parasitic and anti-inflammatory properties3. It is currently being developed as an anti-cancer agent through the Rapid Access to Intervention Development program of the US National Cancer Institute and is also a major contributor to the anti-cancer action of mistletoe4.
Other important components of I. obliquus include polysaccharides and sterols. Its high phenolic content gives it exceptional antioxidant properties and a melanin complex has also been identified as having significant antioxidant and genoprotective properties 5,6.
Like most other medicinal mushrooms, Reishi contains compounds of the chemical group called Beta-Glucan (in particular, 1,3 (8) 1,6 beta glucan). This has been shown by the overwhelming majority of scientific studies to be very potent.(1) In fact, Reishi contains more Beta-Glucan than any other mushroom yet tested, up to 40% by weight in some samples.
Widely used in Poland and Russia as a folk remedy against cancer7, I. obliquus is now attracting increasing interest among practitioners with its combination of immune supporting polysaccharides and components with direct anti-cancer activity, especially betulinic acid derivatives.
In vitro studies on betulinic acid have shown it to be highly effective against a wide variety of cancer cells: human melanoma, neuroectodermal (neuroblastoma, medulloblastoma, Ewing’s sarcoma” and malignant brain tumours, ovarian cancer, human leukaemia HL-60 cells and malignant head and neck squamous cell cancers, including those derived from therapy-resistant and refractory tumours8,9. However, it was found to have no effect on epithelial tumours, such as breast cancer, colon cancer, small cell lung cancer and renal cell cancer as well as T-cell leukaemia cells. Its anti-tumour activity has been related to its direct effects on mitochondria and induction of apoptosis, irrespective of cells p53 status10. 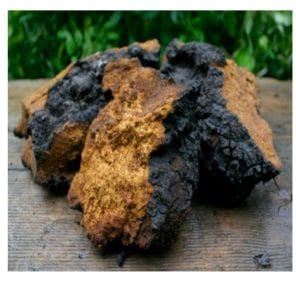 Clinically betulinic acid’s action against brain cancer cells is particularly interesting and it is noteworthy that in one study it exerted cytotoxic activity against primary tumour cells cultured from patients in 4 of 4 medulloblastoma-tumour samples tested and in 20 of 24 glioblastoma-tumour samples11. It also shows great promise in combination with radiotherapy, exhibiting a strictly additive mode of growth inhibition in combination with radiation in human melanoma cells in one study and acting as a radiosensitizer in head and neck squamous cell cancers in another12,13.
It is not intended to treat, diagnose or cure. 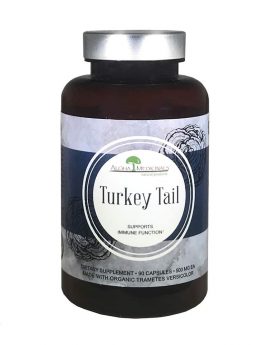 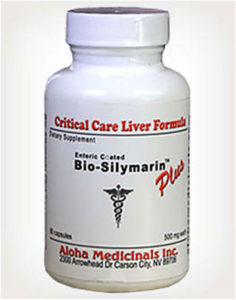 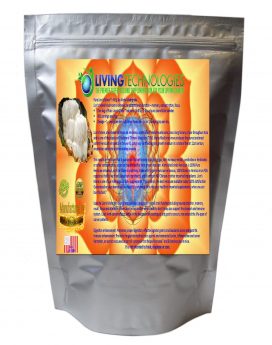 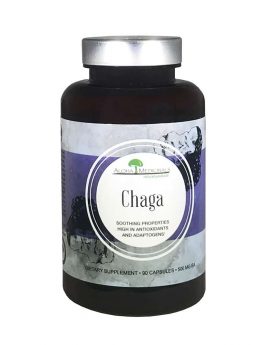 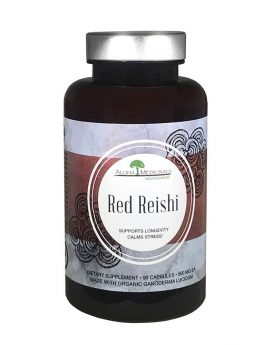