The Best Probiotic Detox for the Body is Here

What’s The Best Probiotic Detox for the Body?

It’s a matter that’s up for some debate these days. What’s the best probiotic detox for the body – and, for many of you, “Where can I buy a probiotic detox product that will work the best for me?” There’s no question regarding the efficacy of probiotics – the only matter being in question seems to be which one works best, and where to get it.

But, the “best,” may be one thing for one person and a completely different probiotic product for another. You need to find what fits your body best. Most of our clients at Living Technologies love our Super Immune Activator kit, for instance, and we have even converted some hard-core “lactose intolerant” people to it, because they’ve come to realize that they are not lactose intolerant, but instead, pasteurization intolerant.

“Aha…” you’re saying…we hear those of you new to this concept having a moment of Zen realization out there…well, we’re glad we got your attention! 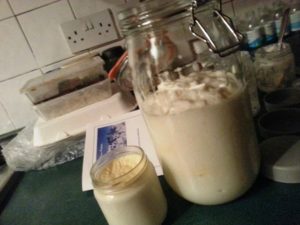 Probiotics Replace the Bad with the Good Gut Flora

One of the main points to get across about probiotics and probiotic detoxification is – the friendly flora that comprise the majority of your microbiome are essential for a vast number of important functions in your body. These include: optimizing your digestion, supporting your immune system, balancing your moods, and boosting your metabolism. Without the trillions of beneficial bacteria (called probiotics) in our gut to maintain nearly every aspect of our health and wellness, our bodies become susceptible to parasites, and all manner of disease.

If you’re just beginning your journey looking for how to improve your gut health, you may notice some bumps in the road as you search out the best probiotic detox into your daily wellness plan, especially if your microbiome is out of balance due to a deleterious environment and modern lifestyles that tend to destroy beneficial bacteria in favor of bad microorganisms.

For the discerning, health-oriented person, awareness of things like antibiotics in food and as medicine, antibacterial cleaners, excessive stress, sugar, processed foods, and even the aging process lowering your populations of probiotics needed for optimal health can spur you on to finding better, whole food supplements like those we sell here at Living Technologies.

You should know, also, that when you start replenishing the friendly flora in your gut, you might feel some changes as your microbiome begins to shift towards a healthier balance. This is due to the amazing ability of probiotics—and decidedly health-enhancing—probiotic detoxification effects on the body. Scientifically, it’s called the Herxheimer Effect, or just “herxing,” and some of the symptoms can be quite jarring, presenting like an acute attack of gastritis or other maladies. But, these temporary effects of detoxing will soon vanish, (and, if done in conjunction with our High ORMUS minerals and bentonite clay baths) will leave you fully cleansed of toxins like heavy metals, nanobots, “smart dust,” and a whole range of crap being pumped into and sprayed on our environment.

Your mighty gut microbes are more powerful than you may think, and they exert some big detoxifying influences on your body that can have significant lasting impacts on your health, such as:

Now that you know how probiotics can work to detoxify your gut both in the short- and long-term, how do you get through a temporary healing crisis that has you feeling less than your best? Our answer? — the best probiotic detox available, for the best price! 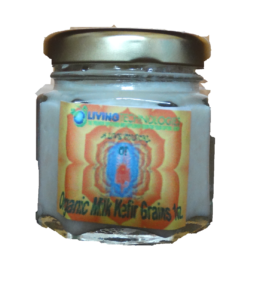 Did you know…probiotic bacteria are capable of helping you detoxify the worst chemicals known to humankind?

You’ve probably heard the buzz already about the many health benefits of probiotics, a word which literally translates to: pro- “for” + biotics “life” — FOR LIFE.  But did you know that these remarkable commensal microorganisms, which outnumber our bodily cells by some estimates up to 10 to 1, and contribute over 99% of our body’s total genetic information, also break down highly toxic man-made chemicals which your body is either incapable, or only partially capable, of defending itself from?

Learn about some of the amazing ways in which the best probiotic detox and ‘good bacteria’ help to detoxify chemicals within our body:

While the role of probiotics in degrading gluten proteins sounds great, a word of caution is in order. Since modern wheat is not a biologically compatible food for our species – having been introduced only recently in biological time, and having been hybridized to contain far more protein that our ancient ancestors were ever exposed to – it would be best to remove it entirely from the diet. Also, the aforementioned research showing bacteria in the human gut are capable of breaking some of these wheat proteins revealed that some of the species that were capable of doing this for us are intrinsically pathogenic, e.g. Clostidium botulinum and Klebsiella.

So, relying on the help of bacteria to do the job of digesting a ‘food’ we are not capable of utilizing on our own, is a double-edged sword. Again, the best move is to remove the ability for “bad bacteria” to proliferate entirely from the diet as a precautionary step. 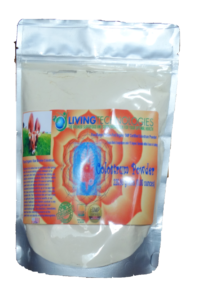 Colostrum is an important component of the best probiotic detoxification!

There’s no need to look any further for the best probiotic detox formula available on the market – it’s right here at Living Technologies, and you can buy your probiotic detoxification here for even cheaper than on Amazon! Don’t hesitate – your health is at stake – get your super probiotic blend now, including raw milk kefir grains and organic bovine colostrum powder to make your own “gift that keeps on giving” for a 6- to 9-month supply of GcMAF infused probiotic detox cleanse, for under $200!