For those in the know, the fact that the whole global warming narrative has collapsed has propelled us to find the real truth about the weather, and how we can best adapt to its capriciousness. If you’re reading this, you’re already likely aware of something called the Grand Solar Minimum — a term for a marked reduction or cessation of sunspot activity, resulting in what some have termed a “mini ice age“. Well, it turns out that these mini ice ages occur at regular intervals back through recorded history, and result in global cooling, and increased glaciation.

“Wow, I didn’t know that!” some of you may be saying, who are new to this concept. But, there are actually many voices out there shouting in the wilderness about what’s also been called the “Maunder Minimum” and/or “Dalton Minimum” depending on the depth and length of these Grand Solar Minimum cycles — you just have to know how to find them (we’ll let you know below). 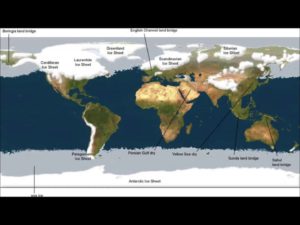 What Is the Grand Solar Minimum?

We’ve borrowed some content from Abrupt Earth Changes for your edification on just what a Grand Solar or Maunder Minimum cycle is (as opposed to a solar maximum cycle):

“A solar maximum is the period within the 11-year solar cycle of high solar magnetic field and high sunspot count. Sunspots are highly magnetic and visually dark spots or ‘holes’ in the photosphere of the sun, where solar flares can erupt.

A solar minimum is the low activity trough of the 11-year solar cycle (Schwabe Cycle). A Grand Solar Minimum is a period of several successive very low Schwabe Cycles, usually coinciding with phases of climate disruption and – in the long run -cooling. An example is the Maunder Minimum (c. 1645 to 1715) that coincided with the coldest phase of the Little Ice Age. The Little Ice Age, from which we have been emerging since c. 1850, was the coldest period of at least the last 8,000 years, possibly the entire Holocene. Grand Solar Minima recur in clusters roughly every 200-400 years. 27 Grand Minima have been identified during the Holocene (Usoskin et al. 2007). Thus, we were in Grand Solar Minimum about 1/6 of the total time.

The sun emits a magnetic field through the solar wind (flow of charged particles) that reaches as far as the outer planets, this region of the sun’s influence is called the heliosphere.”

You can read the rest of this article here: https://abruptearthchanges.com/2018/01/14/climate-change-grand-solar-minimum-and-cosmic-rays/. 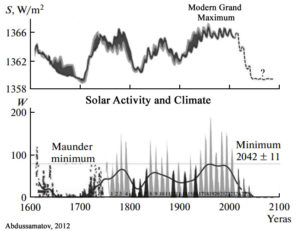 Oppenheimer Ranch Project, Ice Age Farmer, and Adapt 2030 are three of our favorite voices shouting from the rooftops about the mini ice age that we are now rapidly going into, and, most importantly, they’re also providing very salient information about how to adapt and survive the downturn in sun activity and resulting ice age period.

We want to thank Diamond with Oppenheimer Ranch Project in particular for the mention of our site along with a visual of it on one of his recent videos. That was so big! We’re honored to be networking with awake and aware people like this who are also scientists demolishing  the mainstream narrative like the global warming lie (it doesn’t take much to do that, actually — just the facts). And we’re all in agreement (we who employ common sense and reason) that facts and truth are what we need, not the same-old mainstream media lies, which are well in evidence, as one of Oppenheimer Ranch Project’s latest videos featuring the admitted lie of global warming by an IPCC official points out.

All of you mentioned above and some others have opened our eyes to the weather facts. We tune in daily to your broadcasts, and we share these links in hopes that our readers/clients will turn on to you as well.

Living Technologies is also rising to the occasion by offering whole food and health-enhancing products that will help you weather the latest Grand Solar Minimum and be more self-sufficient doing it. Our products are specifically designed to be both highly effective against disease and illnesses — both chronic and acute — and highly affordable as well. 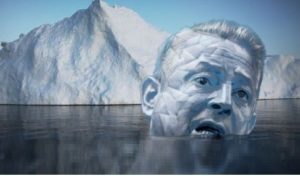 How to Know You’re In a Mini Ice Age

Hey, Al Gore, you’ve got frozen egg on your face! The “solar minimum ice age” as some are calling it has been ushered in by a steady cycling down in global temperatures. As evidenced by recent hail and snow in Algeria and even Saudi Arabia, unusual pack ice depths at the poles, and the coldest April on record since weather record-keeping began.

And this for more evidence that yes, we are heading into a mini ice age, from a CBS affiliate website in Detroit (if you can believe it):

“According to a study by the University of California San Diego, the sun will begin to have diminished magnetism, fewer sunspots, and produce less ultraviolet radiation starting in 2020. The event, known as the “grand minimum,” is reportedly triggered at random points by fluctuations in the sun’s magnetic field and is expected to last for about 50 years.

Researchers are comparing the sun’s upcoming cooling cycle to the last recorded sunspot outage which occurred over 300 years ago. Called the Maunder Minimum, the drop-off in sunspot activity took place from 1645 to 1715 and was part of a period known as the “Little Ice Age.” That cold spell is believed to have lasted from 1300 to 1850 and saw a huge expansion in mountain glaciers as well as large portions of Europe frozen solid.

While the report expects the sun to be nearly seven percent cooler than it was during the Maunder Minimum, UC San Diego says the world has gotten so much warmer in recent years that the effect will not be as severe. “A future grand solar minimum could slow down but not stop global warming,” Physicist Dan Lubin said in the university’s new release.”

Hmmm…well, at least part of the UC San Diego report has some “truthiness”.

How about snow in Arizona in May? Simultaneous mega-blizzards in both the Northern and Southern Hemisphere? (Yes, this occurred within the past month.)

At least three-quarters of America knows, or feels innately, that the whole theoretical (imaginary) global warming scenario is a falsehood scared up to justify things like “redistribution of wealth” and carbon taxes. Common sense tells us that increase in CO2 emissions can’t possibly be of harm to a planet that needs more plant growth — CO2 being what plants “breathe in”. We the well-informed know that wild weather changes have been the result of the see-saw tug of war between Mother Earth and the geoengineering fools. Who do you think will win, in a war between human weather manipulators (even counting all the drivers of all the cars on Earth) and the Earth herself?

That’s what the grand solar minimum period may be defined as, in the post-Industrial Age: Mother Earth cooling back the deleterious folly of the captains of industry and geoengineers. She’s been doing it, likely, for at least millions of years, though, so fundamentally it’s her way of cooling herself down in conjunction with the Sun, which is actually electromagnetic and works with Earth to cool it down or heat it up as needed, somewhat like someone kicking on or turning off a heater as need be. Ohm the cosmic mystery of it all…

Get Prepared with Detox Products, Probiotics, Minerals and More

You’ve got your survival kits and gear, self-sustainable energy methods, and other mini ice age preparedness materials and methods, and now you can find great whole food and optimum health-inducing products on our website, like our Super Immune Activator with kefir grains, total detoxification products, High ORMUS Himalayan shilajit minerals, water vitalizers, and much more. Weather the Grand Solar Minimum confidently as the sunspot activity shrinks to near zero — as you raise your immunity, energy, and vitality to a maximum!