The Water Vitalizer Plus Puts Life in your Water

The Water Vitalizer: Vitalize your Water and Fight Cancer and Other Diseases 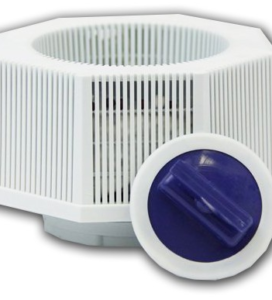 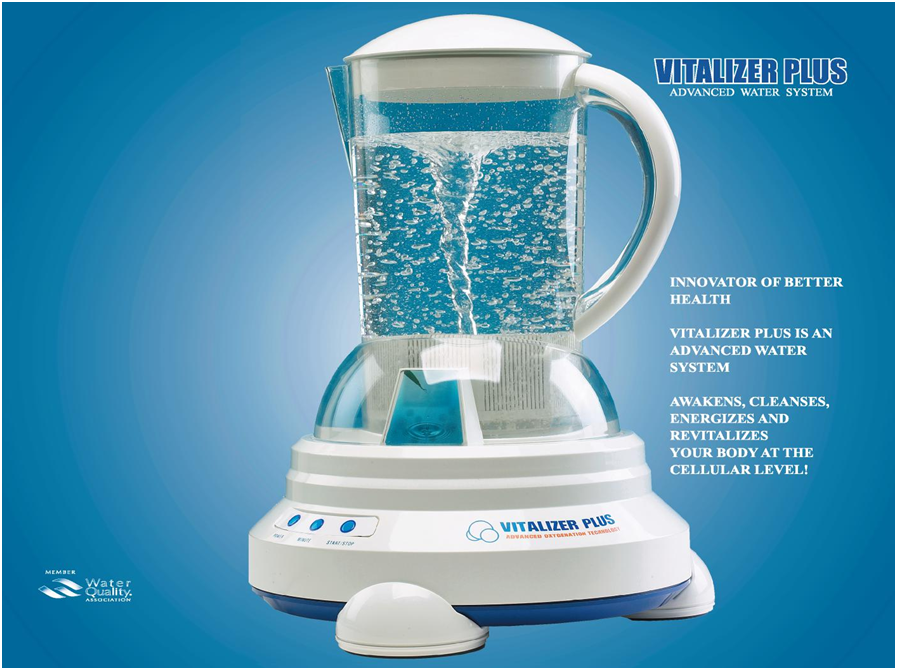 Awakens, Cleanses, Energizes & Revitalizes at the cellular level – where it counts!
The Water Vitalizer Plus incorporates basic principles utilized in Nature, to create a special, life-enhancing water, your body will love!

How does Mother Nature create crystal clear living water? She uses movement, natural curves, vortexes of energy; She adds oxygen and minerals as water falls and flows; She incorporates vital magnetic energy from the 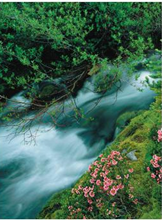 Earth, and solar energy from the Sun. The end result? A micro-clustered, mineral­ized, oxygenated water – filled with living energy! Now, with the Vital­izer Plus, you can create the same living water in your own home!

Vitalizer Plus is scientifically documented* to:

Use it to cook with – Vitalized water is wonderful for mixing with soups, juices and other preparations. You’ll add minerals and vital energy to everything you make.

For plants and animals – Watering plants with Vitalized water is an excellent idea! Remember, 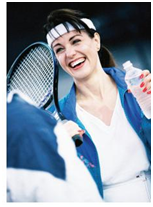 all biological organisms prefer hexago­nal water. It works for them, just like it works for you. Your pets and animal friends will appreciate it too.

increases the amount of oxygen in your drinking water – up to 30%.

Affordable – If you’ve been buying expensive water concentrates to make hexagonal water, now you can drink all the Vitalized water you want! You get much more – for much less.

VITALIZER PLUS! Feel the Difference!

Dehydration has been identified as one of the biggest factors in premature aging. When we are born, our bodies are more than 80% water (by weight), but by the time we are in our 20’s, it is reduced to an average of 70%. When old age hits, water content is often less than 50%. When water is lost from the body, 66% is lost from inside the cells, 26% from outside the cells and the remaining 8% from vas­cular fluids (blood). In other words, our cells (the functional units of our body) suffer the most when we are dehydrated.

Not only does Vitalized WaterTM help keep the body properly hydrated so that the energy-consuming processes can be completed with greater ease, it may also contribute to the re-establishment the perfect matrix in which biological functions occur.

Regular and ongoing con­sumption of Vitalized WaterTM replaces bound water with hex­agonal water, increasing energy at the cellular level and often reducing the effects of aging.

Why does a snowflake always have six sides ?

Water is capable of forming numerous structures, depending on how the hydrogen and oxygen atoms bond together. The most recent scientific findings indicate that biological organisms prefer the six-sided (hexagonal) structure. This hexagonal water forms a liquid crystalline lattice that is involved in cellular communication, intracellular water movement, enzyme function and many other metabolic processes. The amount of hexagonal water within the body has recently been correlated to aging. It has also been found to form the initial layer of water surrounding healthy cells. Unorganized water, on the other hand, has been described surrounding diseased cells.

Hexagonal water is composed of individual units of 6 water molecules, each – held together by common hydrogen bonds. This unique water structure, reflected in Nature’s snowflake, is capable of rapid penetration within the cells of the body. Most tap water and bottled water is unstruc­tured – it is composed of large water conglomerates which are too large to move freely into the cells of the human body. Before it can be assimilated, it must be broken into units small enough to penetrate the membranes of the cells (a time-consuming and energy-consuming process).

From the book of Dr. Masaru Emoto

VITALIZER PLUS – Oxygenates and Mineralizes

As water trips and falls, cascading down the mountains, it picks up oxygen. Oxygen is a purifier

reducing harmful bacteria and other detrimental orga­nisms. Oxygen adds a powerful element to drinking water – especially in an age when the levels of oxygen on the planet have been seriously depleted.It is a scientific fact that bacteria, viruses, fungi and even cancer cannot survive in a oxygen-rich environment. As such, lack of sufficient oxygen becomes a significant contributor to disease and ill healtha One way to increase the amount of oxygen to our tissues, is to drink an oxygen enriched water. Vitalizer Plus creates a vortex of spinning water – incorporating oxygen just like it happens in Nature.

Dehydration – linked to disease and Aging

Dehydration is the number one cause of stress in the human body. It has been linked with heartburn, headaches, angina pain, asthma, colitis, diabetes, peptic ulcer pain, high blood pressure, low back pain, blood cholesterol and many other symptoms.

In fact, it is not just the lack of water, but the lack of hexagonally-structured water which is now being correlated with disease. The most recent scientific findings indicate that water forms 3 distinct layers surrounding healthy cells. In healthy tissues, hexagonal water is closely associated with cell membranes, forming the first layer. On the other hand, diseased cells are surrounded with unorganized water.

Other studies show hexagonally-structured water in close association with healthy, normal DNA, while abnormal DNA are found to be associated with unorganized water – just like the majority of our drinking water today. 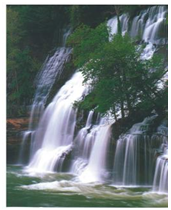 and protect your body from the symp­toms of disease and premature aging. Within minutes, Vitalized Water surrounds the cells, taking nutrients in and expelling metabolic wastes in a much more efficient manner. What kind of water are you drinking?

The NMR Spectrometer system utilizes the latest digital and high frequency technology. It can be used to measure and record varying frequencies in liquids and solids and is very useful in micro-imaging. 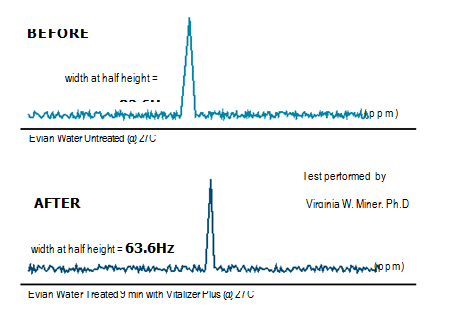 The NMR was used to show that cluster size of water was reduced using the Vitalizer Plus Advanced Water Technology System.

The optimal pH of the blood and other fluids in the body is slightly alkaline, yet even individuals who consider themselves to be healthy, often measure in the acidic range. An acidic pH is often the first step down the road to disease and ill health and many of us are walking that road without even knowing it!

Did you know that most filtered, bottled, distilled – even reverse osmosis water products, are acidic? They contribute to the already chronic acidity in out bodies. Drinking alkalized water can make a difference, helping to move the body from an acidic to a more alkaline pH!

The Vitalizer Plus alkalizes your water, bringing, even distilled water, to an alkaline pH. And, depending on the initial pH of the water, the Vitalizer Plus can bring the resultant pH up as high as 8.5.

The earth is a highly energized body, with magnetic and gravitational fields which play a critical role in our health and well being. The forces of nature (sun, wind, moon, lightning etc.) contribute to an energized environment, conducive to life and health.

When undisturbed, Mother Nature produces highly energized water, with cosmic energy that is difficult to quantify. However, when consumed, the body shows signs of having been energized. This can be documented using equipment which utilizes the body’s own responses (galvanic skin response) to show its reaction to a variety of energetic influences. (See pages 10-11)

The Vitalizer Plus uses two powerful magnets arranged in contrast to each other. These magnetic forces, in conjunction with far-infrared ceramics, structure and energize your water, creating the preferred hexagonal water. Three different settings on the unit allow you to energize to a personal level of preference.

Through a Kirlian camera, we recorded the energies of an individual. The images above represent the energies before(left) 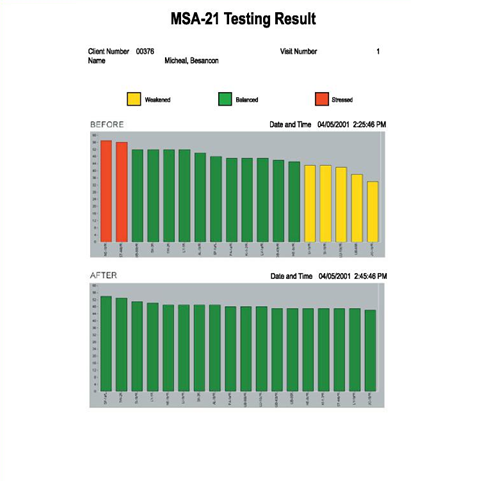 Kirlian Photography is a process that uses high frequencies and electron streams to take pictures of the invisible radiating energy fields that surrounds all living things.

The BioMeridian testing device is one of a class of testing devices that utilizes the galvanic skin response as a method of determining the body’s response to energetic influences (including food, water, vitamins, medicines etc.). The system was developed on the basis of oriental accupuncture which correlates points on the body with various systems and organs.

By measuring the conductance at various points on the body, the energetic health of specific organs and systems can be measured. The BioMeridian device is widely used by health professionals and is listed with the FDA.

Testing before and after drinking Vitalized water shows that, within minutes, the organs of the body can become balanced. (A balanced organ indicates homeostasis – the state in which it has enough energy to perform its designated function(s). Balance does not necessarily indicate health, rather, that at a designated moment, it has the energy to move in the direction of health.) 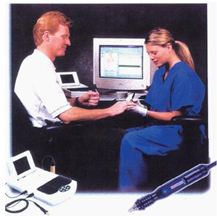 Water plays a key role in life, health and vitality! On a cellular level, it is the means of getting nutrients into the cells. It is also the means of removing toxins and metabolic wastes. Water is the conductor which carries brain signals and nerve impulses throughout the body and its structure is critical to performing these tasks in an optimal manner.

Ultimately, the kind of water we drink can be the difference between a balanced, alert and vital individual and one who experiences sickness, mental fog, depression and disease. Many individuals who drink Vitalized water, notice that it “feels” wetter, “tastes” better and that it does not “sit” in the stomach. This is an indicator of the rapid absorption which is typical of hexagonal water. Hexagonal water can be demonstrated to move many times more rapidly within the human system, (see page 9). Other biological organisms show benefits to hexagonal water, as well.

The human body is a very complex organism, often making it difficult to feel a difference, immediately. However, the use of simpler organisms can sometimes demonstrate the efficacy of Vitalized water. 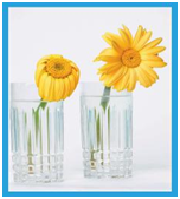 which had been Vitalized. After 7 days, the daisy in Vitalized water was still vibrant and fresh – the other – limp and wilted.

7 welcome to Vitalizer Plus

good quality bottled water. Using Yosemite Crystal Water, dissolved oxygen levels were tested before and after Vitalizing. The Vitalizer Plus increased dissolved oxygen content by over 30%. 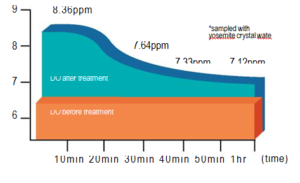 The Bioelectrical Body Composition Analyzer is a medically approved device which is registered with the FDA. It is considered one of the most accurate ways of measuring hydration and cell water movement. When individuals drink 8 oz. of filtered or spring water, the device will show water movement at the cellular level in 45-60 minutes (this is considered normal). But, when individuals drink the same 8 ounces of Vitalized water, water movement is shown in as little as10 minutes! Vitalized water is able to penetrate the cells – hydrating, cleansing, and revitalizing at the cellular level! 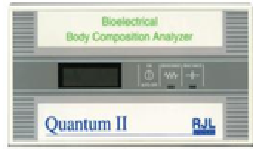 Testing with the BBCA shows enhanced levels of intra-cellular water (inside the cells) with the Vitalizer Plus. It also shows dramatic increases in cell water mobility. 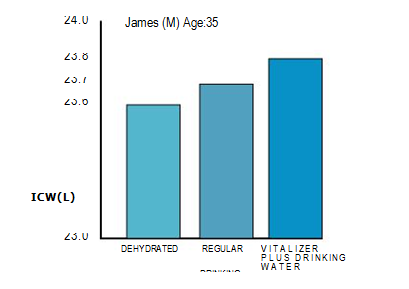